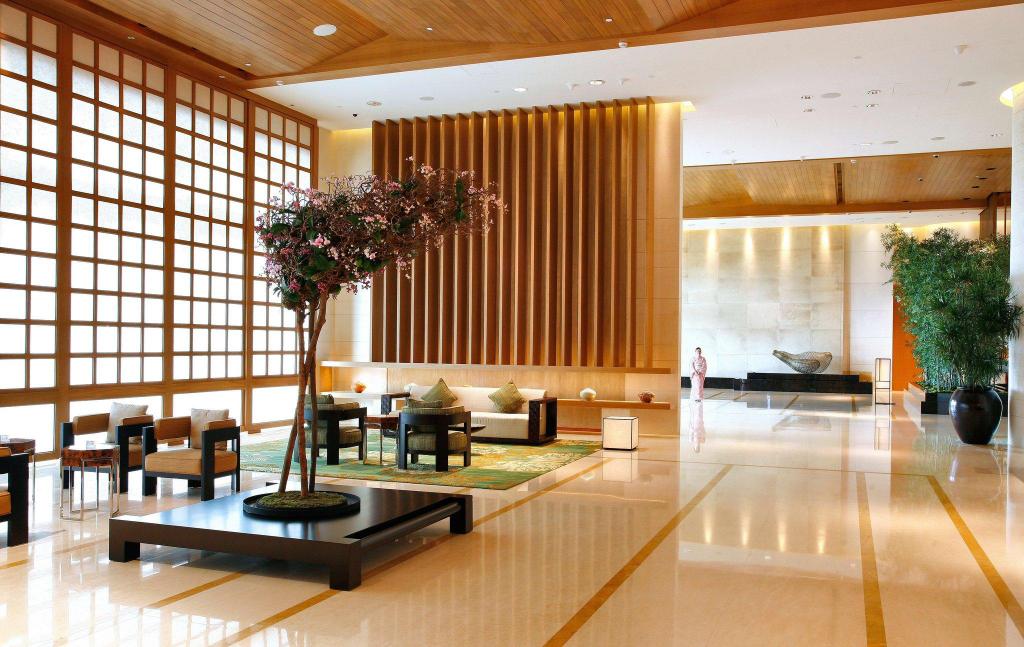 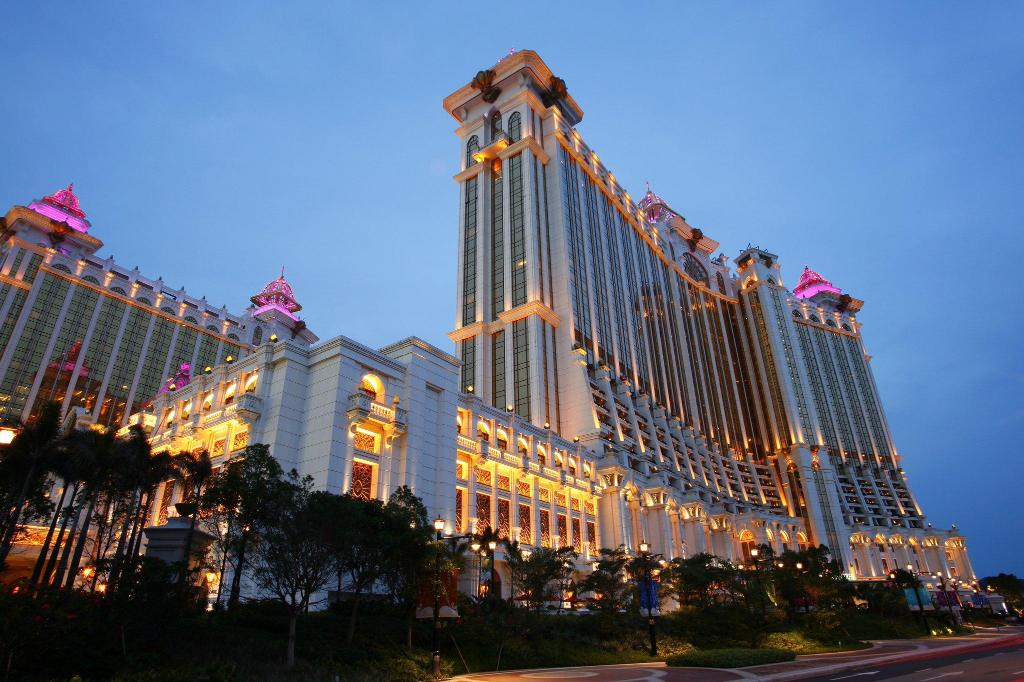 Hotel Okura Macau provides meticulous Japanese-style hospitality with its signature blend of modern comfort and tradition, for both leisure and business travelers. Founded on the principle of providing the best accommodation, cuisine and service, Hotel Okura Macau offers a harmonious combination of functionality and comfort in all of its opulent suites and luxurious rooms. Japanese hospitality is also at the heart of the Okura dining experience which includes a signature Japanese fine-dining restaurant, a lobby lounge renowned for its afternoon tea and a casual dining restaurant serving Western and Asian cuisines. The timeless and elegant meeting spaces on level 6 and level 28 provide approximately 700 sqm of banquet and multi-functional meeting space, which can simultaneously host 300 guests for banquets and 400 guests for cocktails. The hotel’s leading Japanese chefs will meticulously prepare exceptional gourmet dishes for guests to enjoy as they take in the magnificent 180° views of the Pearl River Delta. From intimate, private gatherings to more formal business meetings, guests will receive the true warmth of Japanese hospitality at Hotel Okura Macau. 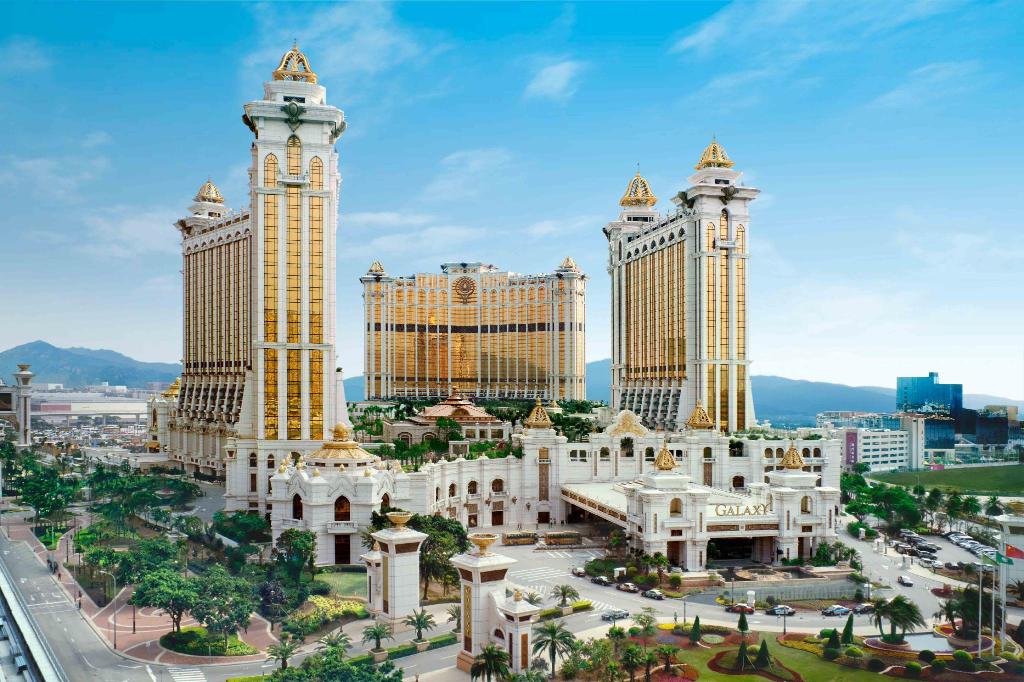 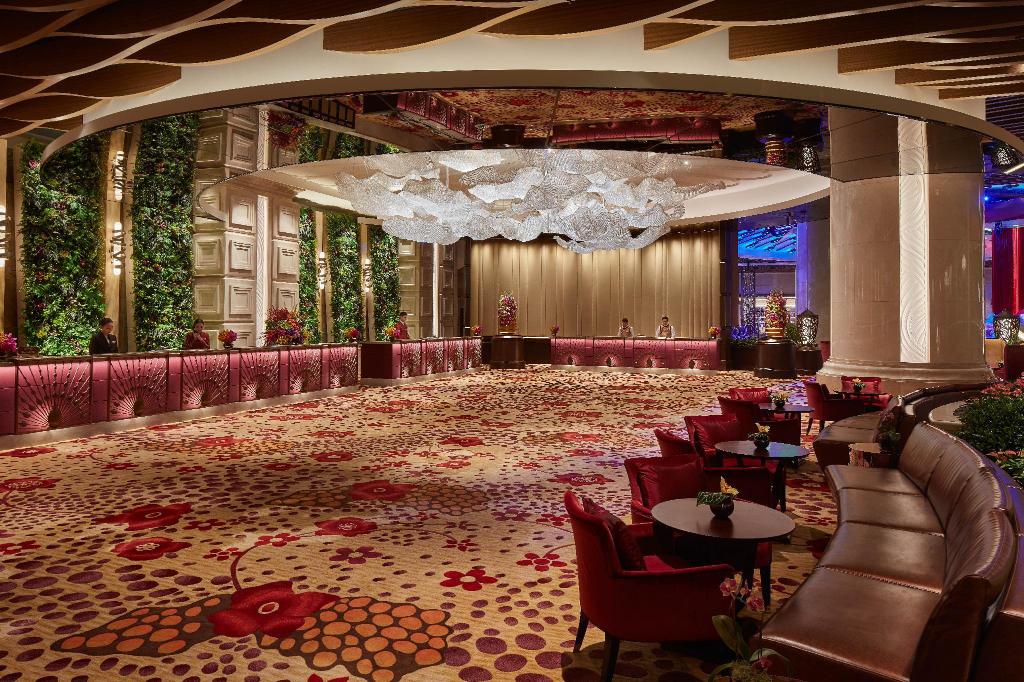 Macau University of Science and Technology 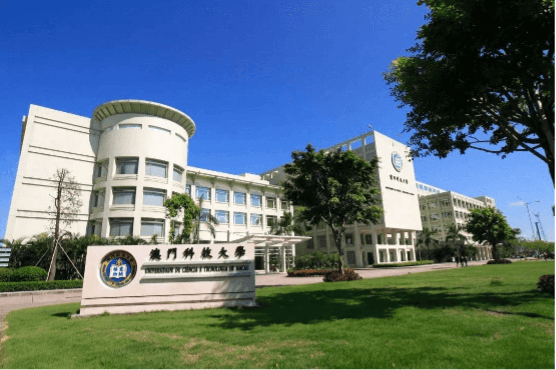 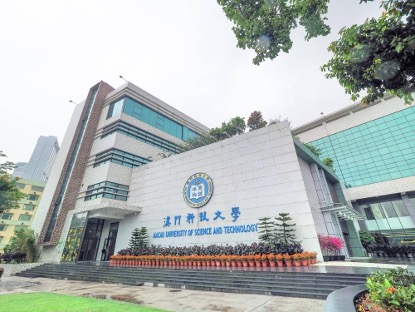 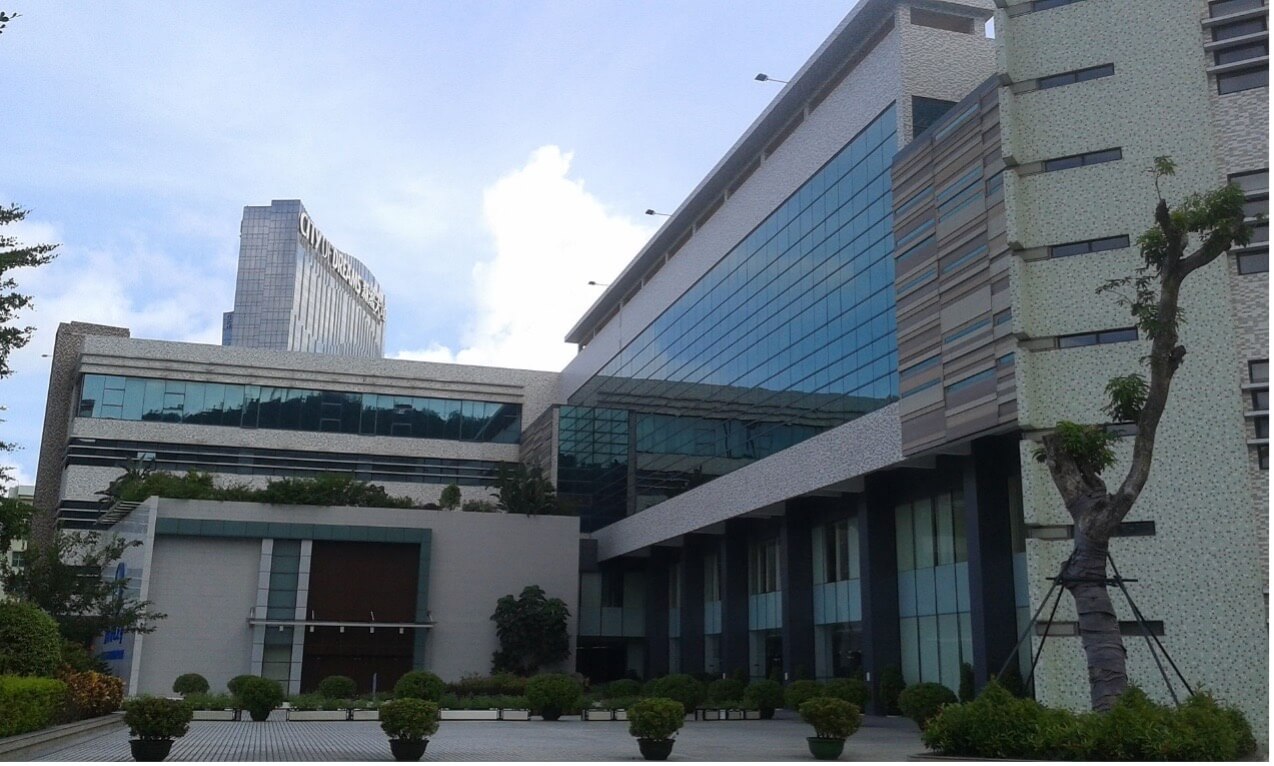 Founded in 2000, Macau University of Science and Technology (M.U.S.T.) has rapidly developed into the largest multi-disciplinary university in Macao and is ranked among the Top 20 Universities in the Greater China. M.U.S.T. endeavors to educate students specialized in various fields, attaches equal importance to teaching and research, highlights quality of programs, pursues excellence, and has continuously reached new heights in academic development. For ten consecutive years, M.U.S.T. ranked among the Top 100 universities in the “Ranking of Top Universities in Greater China” released by Shanghai Ranking, and ranked 17th in 2020. In 2021, M.U.S.T. ranked among the top300 universities in the “World University Rankings” in 2022 by Times Higher Education. The University sits on Taipa with a campus of 210,000m2. The beautiful surroundings and convenient transport render it an ideal place for students to pursue higher education and carry out research. 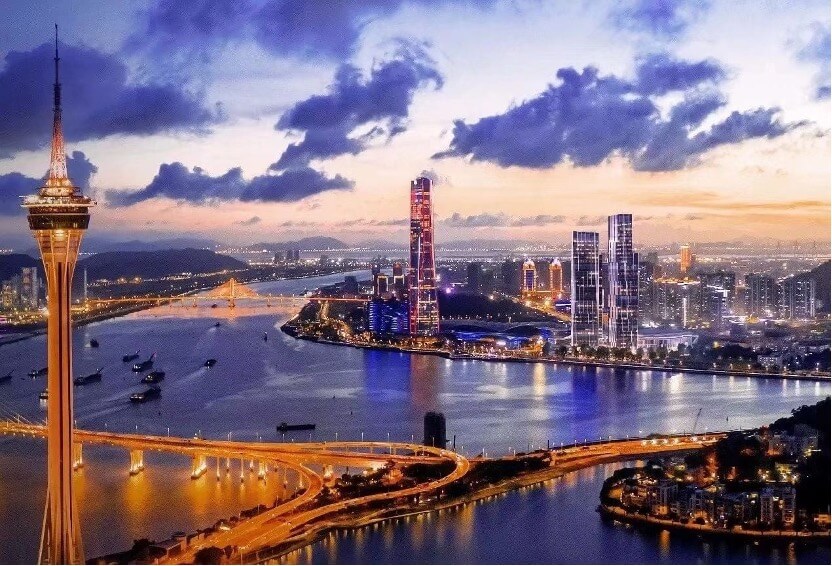 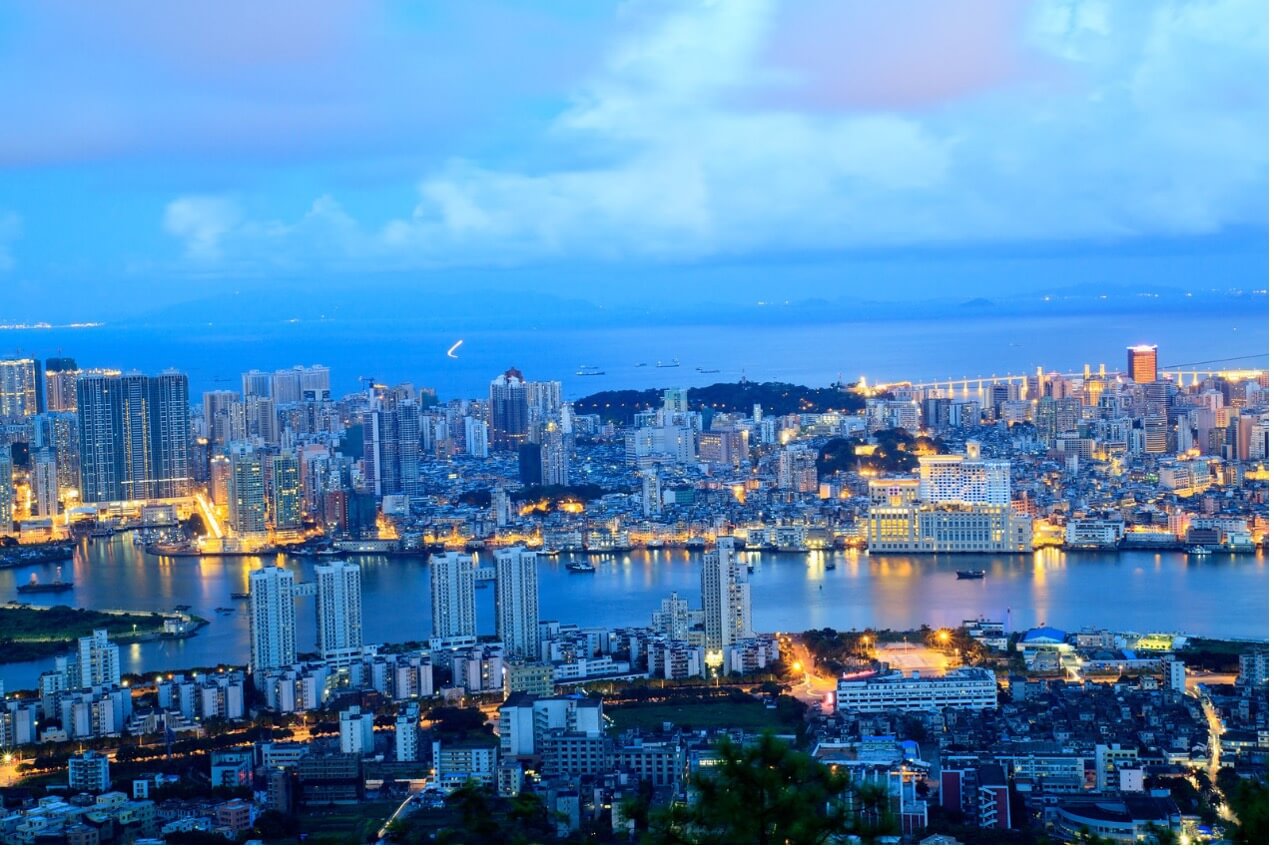 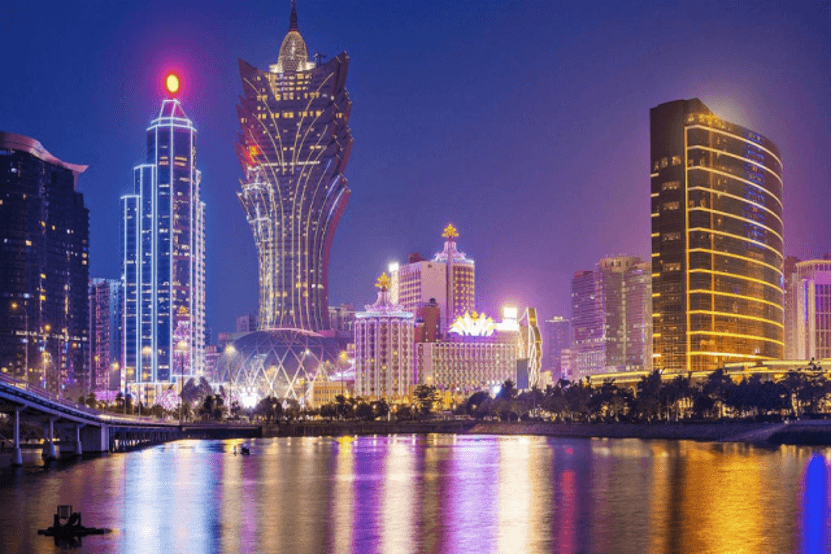 Macau or Macao (/məˈkaʊ/; Chinese: 澳門; Cantonese: [ōu.mǔːn]; Portuguese: [mɐˈkaw]), officially the Macao Special Administrative Region of the People's Republic of China (MSAR), is a city and special administrative region of the People's Republic of China in the western Pearl River Delta by the South China Sea. With a population of about 680,000 and an area of 32.9 km2 (12.7 sq mi), it is the most densely populated region in the world.
Formerly a Portuguese colony, the territory of Portuguese Macau was first leased to Portugal as a trading post by the Ming dynasty in 1557. Portugal paid an annual rent and administered the territory under Chinese sovereignty up until 1887. Portugal later gained perpetual colonial rights in the Sino-Portuguese Treaty of Peking. The colony remained under Portuguese rule until 1999, when it was transferred to China. Macau is a special administrative region of China, which maintains separate governing and economic systems from those of mainland China under the principle of "one country, two systems". The unique blend of Portuguese and Chinese architecture in the city's historic center led to its inscription on the UNESCO World Heritage List in 2005. 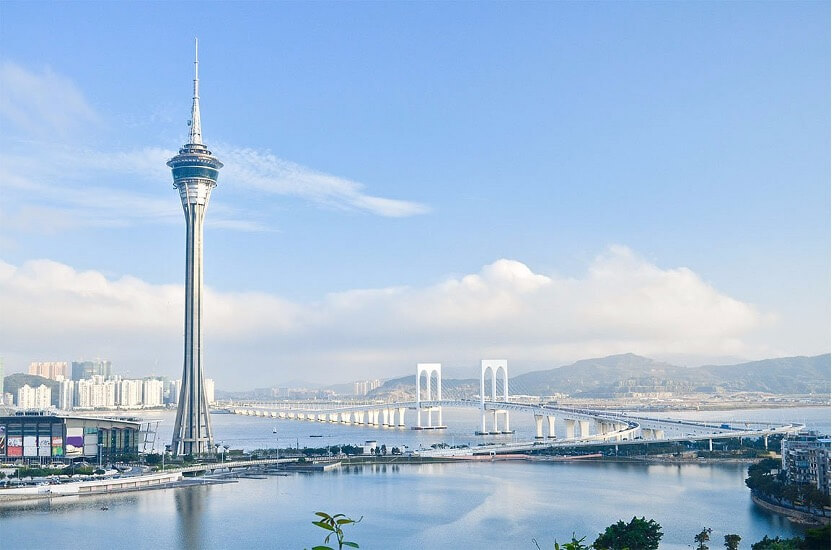 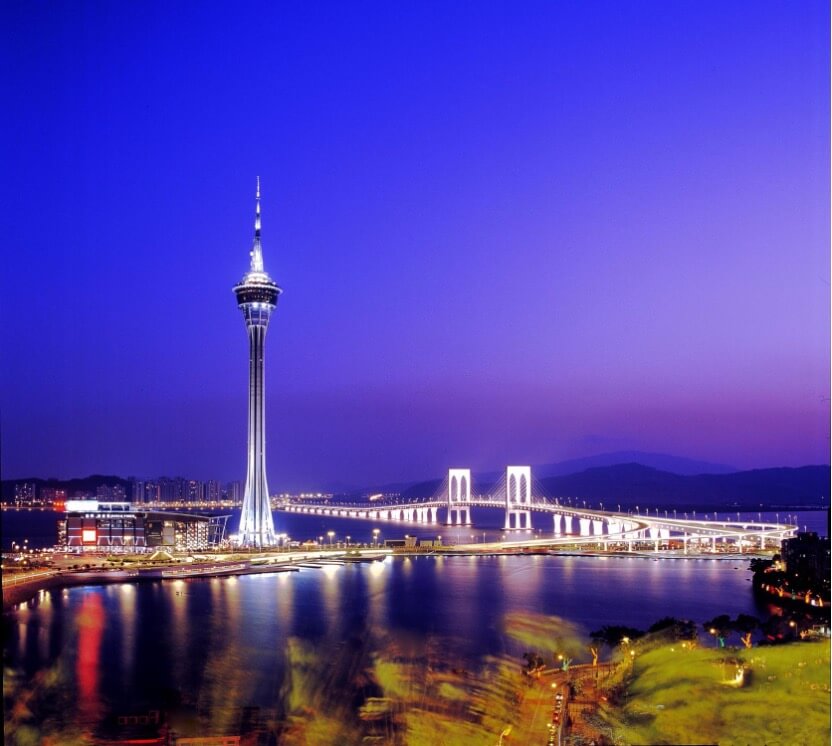 Macau Tower is located in Macau, a Special Administrative Region of the People’s Republic of China. Macau was a Portuguese colony until 1999. Construction on the tower started in 1998, after a visit by Macau businessman Dr. Stanley Ho Hung-Sun to the Sky Tower in Auckland, New Zealand. He was so impressed with the Sky Tower, he decided he’d like to build one like it in Macau! Travel on Macau Tower 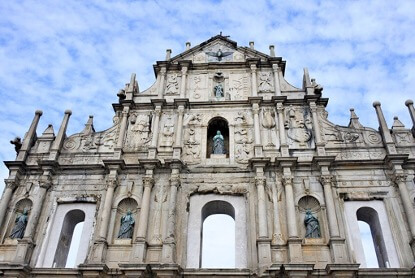 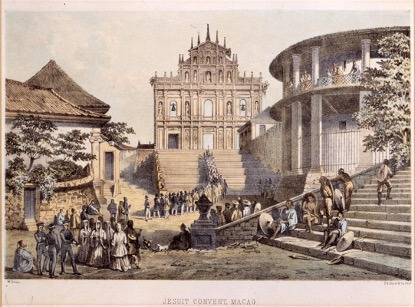 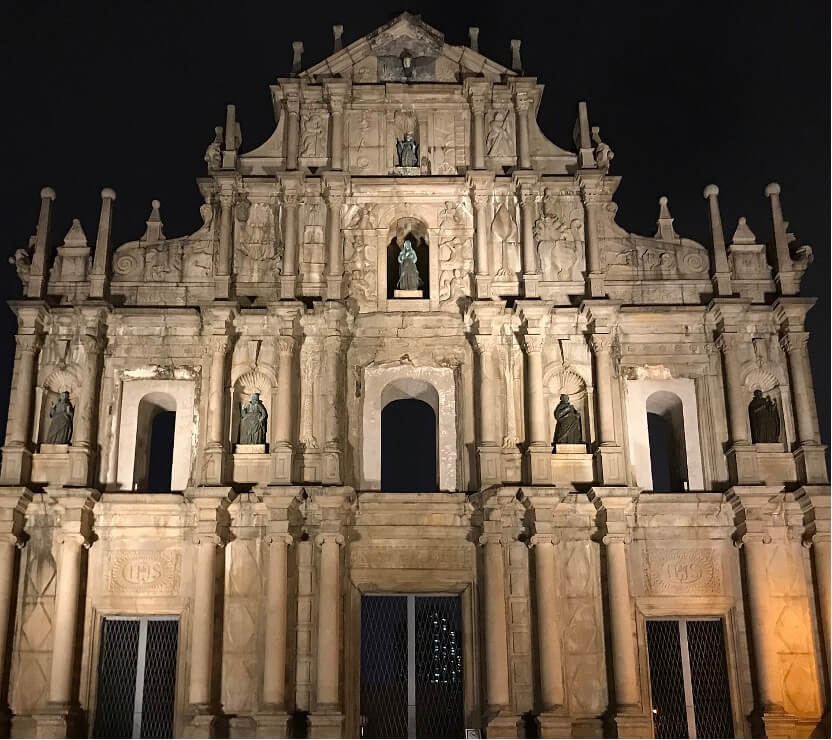 The Ruins of Saint Paul's (Chinese: 大三巴牌坊; Portuguese: Ruínas de São Paulo) are the ruins of a 17th-century Catholic religious complex in Santo António, Macau, China. They include what was originally St. Paul's College and the Church of St. Paul (Igreja de São Paulo) also known as "Mater Dei", a 17th-century Portuguese church dedicated to Saint Paul the Apostle. Today, the ruins are one of Macau's best known landmarks and one of the Seven Wonders of Portuguese Origin in the World. In 2005, they were officially listed as part of the Historic Centre of Macau, a UNESCO World Heritage Site.
Built from 1602 to 1640 by the Jesuits, the church was one of the largest Catholic churches in Asia at the time. With the decline in importance of Macau, which was overtaken as the main port for the Pearl River Delta by Hong Kong, the building's fortunes similarly ebbed, and it was destroyed by a fire during a typhoon on 26 January 1835. The Fortaleza do Monte overlooks the ruin. This could have been due to Francesco Melzi showing the codex to Carlo Spinola in Milan or by the architect Giacomo della Porta (connected to Leonardo's Codex, formerly Codex Leicester, now owned by Bill Gates) who designed the façade of the Church of the Gesù in Rome.
The ruins now consist of the southern stone façade—intricately carved between 1620 and 1627 by Japanese Christians in exile from their homeland and local craftsmen under the direction of Italian Jesuit Carlo Spinola—and the crypts of the Jesuits who established and maintained the church. The façade sits on a small hill, with 68 stone steps leading up to it. The carvings include Jesuit images with Oriental themes, such as The Blessed Virgin Mary stepping on a seven-headed hydra, described in Chinese characters as 'Holy Mother tramples the heads of the dragon'. A few of the other carvings are of the founders of the Jesuit Order, the conquest of Death by Jesus, and at the very top, a dove with wings outstretched.